Underneath a photo of a small unit (2 squadrons) of the Dutch hussar unit Huzaren Van der Hoop (1787-1794) which was renamed for the rest of the Revolutionary period as Huzaren van Timmermans.

These are Forgotten Glorius miniatures in 28mm. Sadly the firm is no longer with us.

The next pictures are from the 28mm Löwenstein-Wertheim jager unit which was hired by the Dutch States in 1794 until disbandment in 1795. As the Dutch were short of light troops they hired this unit.

Description shows them in helmet and in an early corsehut but I like the helmet as it shows their Bavarian origin and as their uniform resembles the early Würtemberg unifom very much I use Würtemberg miniatures.

I have these miniatures already shown, but they are now rebased.

I also took some new pictures of my grenadiers 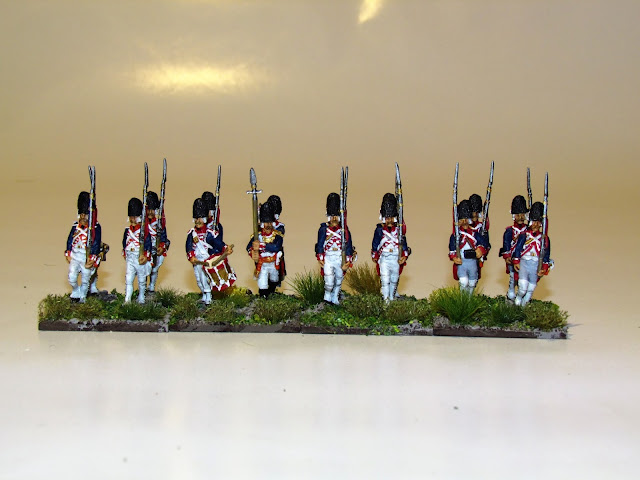 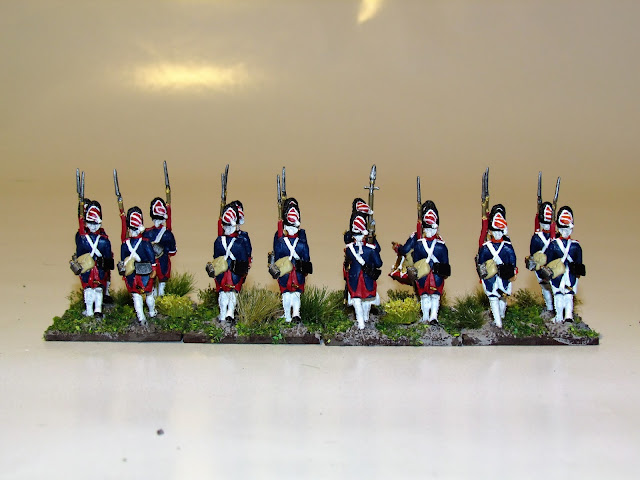 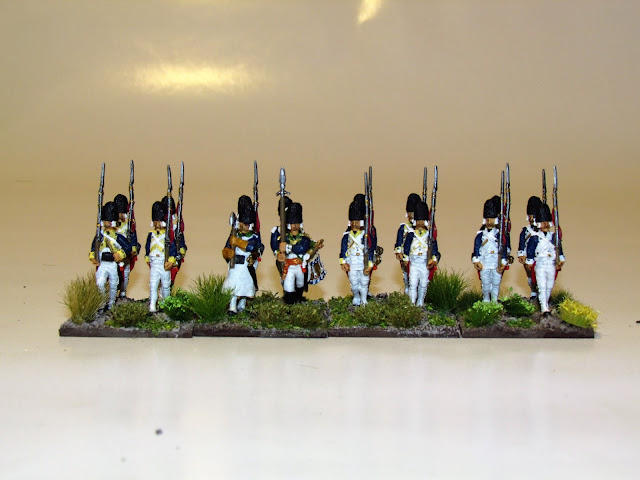 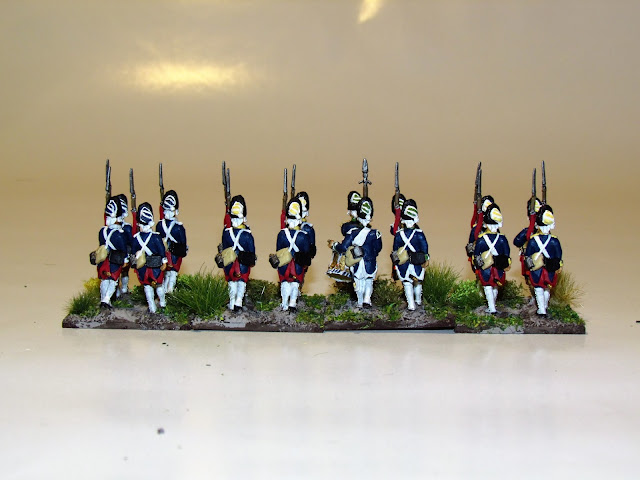 Let me know which you find the better pics

Alde Garde
The Alde Garde consist of two wargamers, Peter and Jan, who also are very interested in the history behind the wargames they play. Take also a look at our site: www.aldegarde.nl

links of our sites/blogs